The Official Representatives of East Turkistan and Its People 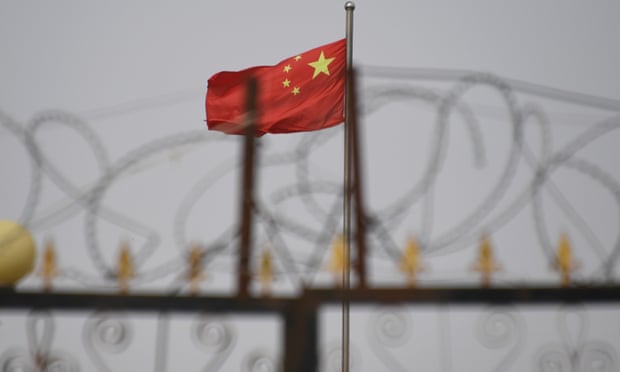 The below article was published by The Guardian, photo credit: Greg Baker/AFP/Getty Images

An Australian senator will seek support from fellow upper house members to recognise China’s treatment of the Uighur Muslim minority as genocide, after similar parliamentary motions passed in Canada and the Netherlands.

The proposed motion – placed on the Senate’s notice paper for 15 March – looms as a test for the major parties at a time when Australia should join the international community in taking a stand, according to the South Australian independent senator Rex Patrick.

While the Morrison government has thus far declined to describe the situation in China’s Xinjiang region as genocide, the foreign affairs minister, Marise Payne, has raised concerns about “some very horrific reports, particularly around forced labour, around re-education camps, allegations in in relation to the systematic torture and abuse of women”.

Patrick’s draft motion points to the step taken by the Canadian lower house last week and the US government’s own earlier determination – which remains in force under the Biden administration – that the People’s Republic of China (PRC) had committed genocide against the Uighur people in Xinjiang.

The proposed motion states that the Senate “agrees that the PRC’s treatment of the Uighurs in Xinjiang constitutes the crime of genocide”.

It also calls on the PRC “to immediately end torture and abuse in detention centres; abolish its system of mass internment camps, house arrest and forced labour; cease all coercive population control measures; and end the persecution of Uighurs and other religious and ethnic minorities in Xinjiang and elsewhere in China”.

It is possible the major parties could try to deny Patrick’s motion formality or deny him leave to move it on the basis it deals with a complex foreign policy matter. But if that eventuates, the senator plans to seek to suspend standing orders to bring on the motion, something he argues will show where everyone stands on the matter.

Patrick casts the handling of his motion as a test for the Senate in general but also for the so-called Wolverines – the group of China hawks that is mostly made up of Coalition parliamentarians but also includes several Labor representatives.

“We are now seeing across the international spectrum countries coming out and declaring what is happening in Xinjiang is genocide, and Australia needs to play a part in this,” Patrick told Guardian Australia.

“The bottom line is that there are a set of facts which are internationally recognised that have caused other governments to respond in the way they have. We share values with nations that have stood up and said something. We need a multilateral response because of the diplomatic and economic power of China.”

Payne did not respond to questions from Guardian Australia last week on whether Australia was considering labelling China’s actions as genocide, but she told Sky News on Monday: “We have a slightly different approach to that turn of phrase. And I don’t mean this in a pedantic or a semantic way, but both the UK and Canada have different mechanisms by which to make such a declaration, as indeed does the United States. But it’s something which we are examining closely.”

It is similar to the call made by the UK foreign secretary, Dominic Raab, who said on Monday humanitarian crimes against Uighur Muslims were going on in China on an industrial scale. Negotiations between Chinese authorities and Bachelet’s team on the terms of such a fact-minding mission remain under way.

The Chinese government has repeatedly said “there is nothing underhand” happening in Xinjiang and that foreign governments and media should “stop the baseless vilification of China on Xinjiang-related issues”.

Passage of the proposed motion when the Senate resumes would be likely to reignite tensions with Beijing.

But Elaine Pearson, the Australia director of Human Rights Watch, said recent strong statements in the UK, Netherlands and Canada “should encourage the Australian government to consider what further actions it can take to address the litany of serious abuses occurring in Xinjiang”.

“For instance, Australia should support the establishment of a new monitoring and reporting mechanism on China through the UN Human Rights Council,” Pearson said.

The prospect of a Senate vote on the issue comes as the Morrison government faces calls from its backbench to negotiate a free trade agreement with Taiwan – another issue of high sensitivity to Beijing.

The Queensland Liberal National party senator Matt Canavan said New Zealand already had a trade deal with Taiwan and it would “make a lot of sense” for Australia to pursue one, too.

Canavan – who met last week with Elliott Charng, the representative of the Taipei Economic and Cultural Office in Australia – said he felt for Taiwan given that China had escalated military pressure against the democratically run island in recent weeks.

“We always need to deter other countries from acting in an aggressive way, and Taiwan is a good friend of our country,” Canavan told Guardian Australia.

“While we’re facing a much different set of threats from China, we too have been impacted by unjustified and illegal trade sanctions from the Chinese government.”

WALL STREET JOURNAL: China Locks Up Uyghur Businessmen; ‘In Their Eyes, We Are All Guilty’ 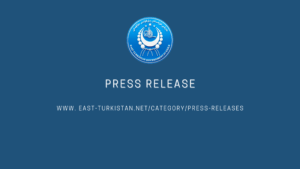 PRESS RELEASE: The ETGE Calls On President Biden To Designate East Turkistan As A Captive Nation

ECONOMIST: What is happening to the Uyghurs in East Turkistan (“Xinjiang”)?