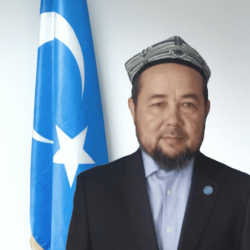 The current Vice President of the Government in Exile of the Republic of East Turkistan, Mr. Abdulahat Nur, has been serving as the Acting Representative to Canada since 2018.

Or email us directly: vp@east-turkistan.net