Over the past 17 years, the ETGE has faced several critical challenges from within and without. And yet, it has gradually overcome them with a series of reforms. As a result, it has changed from a political ideology-oriented organization to a professional action-oriented organization to represent the collective will of the Uyghurs and other Turkic peoples of East Turkistan worldwide for freedom, democracy, and independence.

Since 2019, under the current administration, the East Turkistan Government in Exile has drastically expanded its efforts to maximize diplomacy and activism worldwide. It has established strategic connections with several governmental and non-governmental agencies at all levels to express the political will of East Turkistan and its people.

Apart from this, ETGE established a TV station to broadcast a news program in Uyghur to provide accurate, in-depth, and relevant information for Uyghurs in exile. Under this program, Uyghurs have been able to see the world from their perspective.

In conclusion, the East Turkistan Government in Exile is positioning itself as a strategic government body to represent the political aspirations of Uyghurs and other Turkic peoples in East Turkistan. 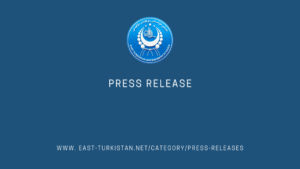 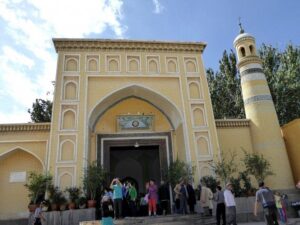